In response to current shortfalls in technology and techniques, the oil industry and environmental groups have sought alternative detection methods. The most recent advances in oil detection are the result of controlled field trials and participation in an oil spill response operation using professionally trained canines and handlers. A series of rigorous, successful, controlled field trials held in 2015 were followed by a 2016 field study in Nova Scotia, after a release from the sunken T/V Arrow. Subsequently, four Oil Detection Canine teams were deployed over a 6-month period in 2016-2017 following a pipeline spill to locate surface, subsurface, and shallow submerged oil over wide areas on the North Saskatchewan River. In 2017, a set of trials in Prince William Sound, Alaska provided further evidence of the ability of Oil Detection Canines to find (previously known) subsurface oil sequestered in sediment beaches. This combination of recent experience demonstrates the value, reliability, effectiveness, and efficiency of Oil Detection Canine support for high confidence and low-risk detection of both surface and sub-surface oil.

According to the U.S. Department of Energy, 1.3 million gallons (4.9 million litres) of petroleum are spilled into U.S. waters from vessels and pipelines in a typical year. This statistic demonstrates both a significant need for improvement and a significant opportunity for support of oil detection and pollution prevention within the oil industry.

How do we know they are a proven technology?

Because I have been in the field handling an Oil Detection Canine as well as the Technical Advisor and Subject Matter Expert! I have located surface and sub-surface oil targets with a canine. I have located over 3500 alerts on target oils with confirmed amounts from stain to sub-surface mats. I have completed independent field research trials and detected targets at 15′ (5m). 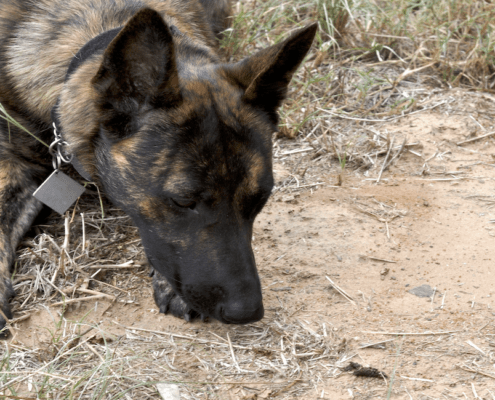 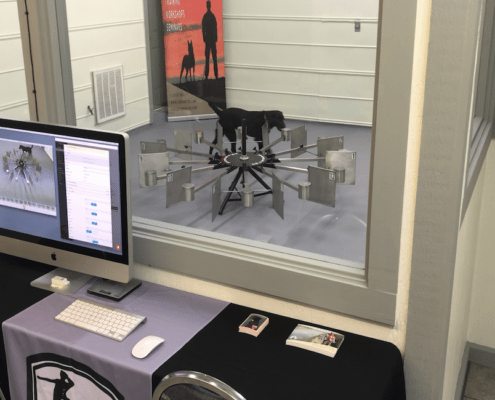 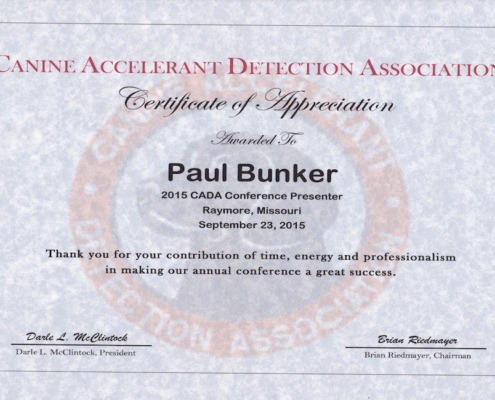